A Pomeranian with roots.

I was walking through the woods and noticed a dog ahead of me sitting on the ground.
It was KoKo! She looked hurt. I walked over to her to find that she was buried from the shoulders down in the ground. Something didn’t look right. Her eyes were seeing me but not moving and focusing as fast as they normally did.
“How did you get buried in the dirt”? I said to her. She turned her head away from me as I rubbed her ears.
“Something is weird here.” I was starting to get concerned and reached down to the side of her head and raised her lip. She had her normal white teeth. Her eyes slowly moved down to see what I was doing. The ground around her had not been disturbed, and leaves had drifted against her body. I started poking around in the dirt to see how deeply she was buried.
“What the Hell!” I started digging with both hands trying to find her legs as she watched me in silence. After getting a ditch dug all around her I realized there was no biological body below the dirt.
“What has happened to you girl?” I grabbed her shoulders and gently lifted her out of the ground.
“ROOTS! She has roots!” I said in confusion
She continued watching me and acted as if she felt no pain.
I wrapped moist dirt and leaves around her roots, gently held it all together in my arms, and slowly walked back to the house. When she saw the house come into view she tilted her head back and licked my face. I found a towel, wrapped the roots, and set her in the kitchen sink while I hunted for the right sized flower pot.
“That one’s nice. It is not to heavy and has handles on two sides” I planted her in it with some premium potting soil, and set her by the patio door. I heard a tiny growl.
“Oh yeah girl! There are your squirrels!”
“Woof… Woof!”
Later on that evening I moved her over by the couch while we were watching TV.
“Here’s a potato chip KoKo.”
Crunch, Crunch, Crunch.
I poured my melted ice into her pot.
“Bedtime!” I said as usual.
I saw her ears tweak up, so I picked her pot up and set it in the middle of the bed and went to sleep.

THIS VIDEO IS RATED FOR ALL AUDIENCES 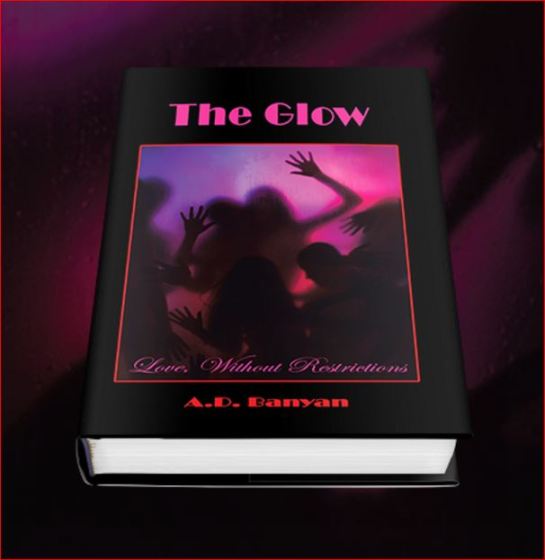 The Official site of A.D.Banyan

We decided to move forward on the sailboat’s deck. Each event was getting shorter due to our increased sensitivity. By the time we got to the anchor locker, even a gentle touch was a bit too much. She had her hands on the bow rails with the jib sail as a backdrop to starboard. The big orange sunset glowed dead ahead of us, and the grey freighter to port was long gone.

I held her hips in each hand and indulged sensuously between them. There was no stopping now. I reached around and below her chest, located a nipple, and squeezed it painfully as I humped faster and faster.

Our screams of electrical ecstasy echoed across the ocean. I let myself fall back into the jib sail. Berlin clung to my naked body with her head buried in my neck. She wasn’t letting go. I felt her body experiencing waves of tremors as the aftershocks slowly faded.

We were less than a day from our channel, and our thoughts shifted to burying the evidence. The digital photos were all on the computer, and the toys were all sterilized and back in the bottom drawer. The photo from the yacht club was innocent enough. The painting was on its way to Germany, and any bruises or sore spots had healed and were being tanned.

As we got within four hours of Key West, Berlin started gathering her clothes, packing everything and putting them in her cabin. She also changed the sheets in the master cabin and added them to the laundry bag (pillowcases) containing the towels and wet swimsuits. She packed all of my things too, and she found the bowl of jewelry in the head.

“Louis, do you want me to pack your jewelry, or are you going to wear it ashore?” she asked as she admired the ring.

She was admiring the salt pond ring in the sunlight and watching the colorful fireworks that reflected like a disco ball onto the bathroom ceiling. She slipped it on her finger. Then she turned and looked at it closely in the mirror. She felt an electrical shock as she saw her own eyes glow green. She screamed.