Please conform to ADULT MATERIAL regulations in your country.

We slept until nine before waking to realize that we had to meet her family at Marsh Harbor by noon. I saw her panic and started to jump from the bed.
“Riki, what if we don’t show up?”
She returned a mischievous smile. “No, Daddy has been good to me!” She looked at me sadly.
“I know. I’m just so confused right now!”
“Me too!” She buried her face against my neck.
“Okay! Get dressed! I promised him I’d have you there on time. I’m going to get you there on time!”
She smiled a false smile, and we packed in a hurry. We checked out at the front desk and ran for the boat. We motored out into the channel, out past the point, and raised the sails. We were in sight of Marsh Harbor as we let out the sails for the gentle wind that was coming from the east.
Riki sat next to me all the way while leaning her head against me. The catamaran was already on the charter docks, and it looked like the dock crews were hauling off all of the contents with multiple dock carts. The closer we got, the more I wanted to just turn around and head for the blue water.
We dropped the sails and motored into the tight entrance to the charter base. We went to the closest mooring buoy, and Riki hooked it with our mooring hook. I brought her bag up from below. I had packaged her painting for her mother into a converted cardboard box for safety. I delivered her and her baggage to the dinghy dock where her father met us and thanked me for my punctuality. Riki passed him on the dock without a comment.
“Is everything okay?” he asked when he saw Riki’s tears.
“It will be,” I said as I restrained mine.
I stayed on the mooring ball overnight. They didn’t ask for payment, and I didn’t offer. I was depressed and lonely. I was so disconnected from the world that I didn’t even own a cell phone. I had no way of contacting Riki, and she had no way to reach me. How stupid was I to let her leave? She has a future as a doctor, and I have a future as a—

“Mother, before I go to America, I had a painting done for you.” Riki pulled it from the box.
“Oh, that is beautiful! Did Louis paint this?” Her father was looking over her shoulder.
“Yes, and he gave me the earrings after he did the painting!” she bragged.
“Did you see the name of this painting on the back plate?” asked Zenzi.
She turned the painting to the back and let Riki read, “I will love you forever. L. D. Amherst.”
Her mother and father exchanged a look that Riki missed as she left the room suddenly. 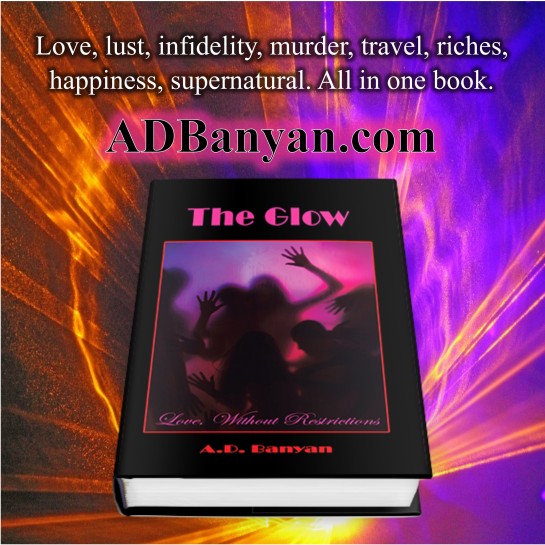 Louis Amhurst was a talented artist that lived in Key West. He lived on a sailboat and sailed between Key West and the Bahamas regularly. He sold just enough art to keep himself in food, fuel, and beer, and was content with his life.

One time, on a solo journey, exhausted Louis discovered a small island that was not on the charts. There was a salt pond on this island that was occupied by a water based entity. She had a strong influence on Louis and he keeps returning to her.

Once, while in the Bahamas, Louis met Riki, from Ukraine while swimming. Her family was wealthy and in political exile. They fell in love and planned to be married, until Louis met her maid of honor Berlin.

Berlin was a paralegal from Germany, and Riki’s best friend. She was wild, and creative, and had no restrictions. Again, he was in love.

But what about the jealous alien?

Once away from shore, I kicked on the chart plotter and located the salt pond. I locked my manual autopilot onto the course and checked it for the first half hour against the chart plotter. With everything in order, I turned off all the electronics except the running lights and the VHF. My batteries were old, and I used them conservatively.

I had an old radar detector from the eighties that chirped like crazy if it got hit by any ship radar for several miles. I got it from someone’s trash for free. I plugged it into the twelve-volt outlet.

I brought a pillow and blanket from below deck and put on my vest and tether. I wrapped the blanket around my body and lay down on the cockpit cushions. I dropped my face into the big feather pillow, and I could still smell Riki’s perfume.

“I’ll be so happy when my memory fades,” I said to the sailboat.

THIS VIDEO IS RATED FOR ALL AUDIENCES

The Official site of A.D.Banyan

We decided to move forward on the sailboat’s deck. Each event was getting shorter due to our increased sensitivity. By the time we got to the anchor locker, even a gentle touch was a bit too much. She had her hands on the bow rails with the jib sail as a backdrop to starboard. The big orange sunset glowed dead ahead of us, and the grey freighter to port was long gone.

I held her hips in each hand and indulged sensuously between them. There was no stopping now. I reached around and below her chest, located a nipple, and squeezed it painfully as I humped faster and faster.

Our screams of electrical ecstasy echoed across the ocean. I let myself fall back into the jib sail. Berlin clung to my naked body with her head buried in my neck. She wasn’t letting go. I felt her body experiencing waves of tremors as the aftershocks slowly faded.

We were less than a day from our channel, and our thoughts shifted to burying the evidence. The digital photos were all on the computer, and the toys were all sterilized and back in the bottom drawer. The photo from the yacht club was innocent enough. The painting was on its way to Germany, and any bruises or sore spots had healed and were being tanned.

As we got within four hours of Key West, Berlin started gathering her clothes, packing everything and putting them in her cabin. She also changed the sheets in the master cabin and added them to the laundry bag (pillowcases) containing the towels and wet swimsuits. She packed all of my things too, and she found the bowl of jewelry in the head.

“Louis, do you want me to pack your jewelry, or are you going to wear it ashore?” she asked as she admired the ring.

She was admiring the salt pond ring in the sunlight and watching the colorful fireworks that reflected like a disco ball onto the bathroom ceiling. She slipped it on her finger. Then she turned and looked at it closely in the mirror. She felt an electrical shock as she saw her own eyes glow green. She screamed.