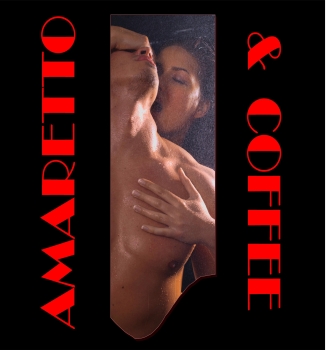 We covered the storefront windows with paper while we were working. I was impressed at how helpful Loren was while I built walls and hung drywall on them. No matter what I did, she was always right there handing me the next tool or holding the other end of the board.

One night we worked until seven o’clock. We got in my truck and headed North on I-95. I called Cracker Barrel from my cell phone and ordered two dinners to go. I remained in the truck while Loren ran into the restaurant and picked up the order. As we sat on the couch watching the TV and eating our food I occasionally looked at what she was eating. I stabbed it with my fork and tried it. She would take her fork and stab mine and before long we were both eating off of both plates and food was falling on our laps and on the couch.

I picked up some baby carrots off of the couch, pushed them against her chest, watching them fall down into her shirt. She squealed from the feeling than scooped up the rest of my mashed potatoes, crammed them up the leg of my shorts, smashing them around my unit. This became war. I found my unopened container of biscuit gravy and she grabbed the grits. The clothes were saturated and the couch was going to require a professional cleaning. We laughed as we ran down the hall together with food falling onto the Persian rug as we went. We jumped into the walk in shower of the master bedroom fully dressed. We stood with the water running, the food falling, and grabbed the shampoo from the towel bar.

We both washed our hair and used the shampoo to clean our clothing. As the suds rinsed away I started unbuttoning her blouse, and let the carrots fall into the shower. The laughing stopped. Within 60 seconds we both stood naked in the shower with our squeaky-clean bodies in full contact. After a rapid towel dry, the activities moved into the bedroom and continued until after midnight.

We woke up in the morning holding onto each other in my bed. I was wondering what I had done now, and how it was going to end up. I was in love with Lisa, but she has become so obsessed with her business, that the qualities that I used to like about Lisa have now become more prominent in Loren.